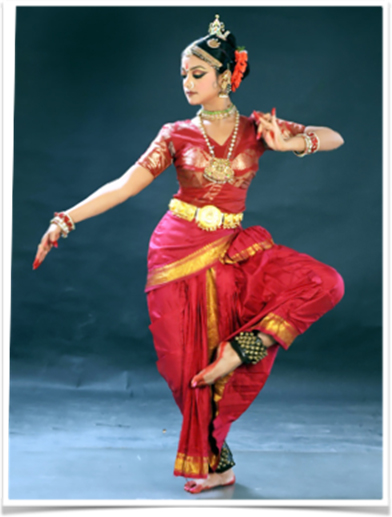 Arunima Kumar is an award winning Kuchipudi performer, choreographer and teacher. She received the Ustad Bismillah Khan Yuva Puraskaar ( by Sangeet Natak Akademi ) for Kuchipudi in 2009. Arunima is a student of Padmashree Guru JayaRama Rao and Vanashree Rao and Padmabhushan Smt Swapnasundari Arunima is one of the top 20 dancers selected under Dance UK mentoring program and is mentored by famous Choreographer Shobana Jeyasingh.

Arunima has created a significant mark for Kuchipudi dance and Indian classical dance in the UK , making Indian dance accessible and relevant to audiences both western and of Indian origin. Her dance company AKDC (Arunima Kumar Dance Company) with centres in India, UK, Poland and Brazil is one of the largest Kuchipudi institutions in the UK and is recognised as one of the leading dance companies in the world, performing for major events worldwide with over 1000 performances at prestigious cultural festivals and venues in over 39 countries. 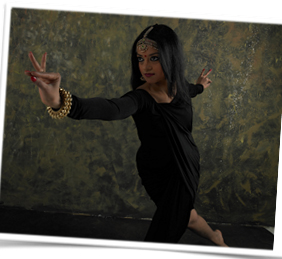 For her outstanding choreographic and technique, she was invited by the UK Ministry of Culture and Sport to create a piece for the First World War Centenary celebrations in 2015 presented at the Imperial War Museum. Arunima  has emerged as a strong ARTIVIST ( Artist and Cultural Activist) and has created award winning productions around women’s identity , empowerment and social justice . Her production on SATI , Shadows of Rage with opera singer Linda Shanovitch has received rave reviews internationally.

Eminent dance historian and critic, Padmashree Dr Sunil Kothari, recently wrote …”Arunima Kumar’s Kuchipudi on one of the three women Sati was commendable for contemporary interpretation and empowerment of women. ….. this was the first ever contemporary work I have seen in Kuchipudi.”

Arunima is focused on creating a generation of artists of high standard , who will be the flag bearers of Indian art forms.Her students ( age  3- 50 years ) across India, UK , Poland, Italy , Brazil have performed across the globe and some have also received the prestigious ICCR scholarships for Indian dance. Her students recently performed Kuchipudi at YUVA , at Alchemy festival 2015. Her students won the Best dance group in Alternative Choreography at Dance showdown, UK RBKC’s  largest dance competition for children at the prestigious Cadogan Hall.

The key focus areas of the company are artist development and performances through training of aspiring dancers across America, India and Europe through one on one classes, residencies and Skype classes .

Her education workshops on Indian art and culture (Diwali, Holi, Rakhi, Gandi) are sponsored by the most prestigious art gallery in London – The Saatchi Gallery and are sold out events every year . Her institution is recognised by Trinity College of Arts as an Arts award centre.

Arunima is the founder of 2 charities PROJECT KANYA (for development of women through dance therapy ) and ARTH FOUNDATION – supporting arts with a purpose. She is on the board of several organisations including Sir Syed Foundation and Indian Young Professional Network (IYPN).  She works with women in prisons , old age homes and Chelsea Westminster hospital and has rehabilitated several inmates and created sensitive thought provoking productions in dance on women issues.

For her significant achievements and in recognition of her cultural leadership in the UK, she was one of the 20 dancers ( 1 of the 3 Indian dancers ) selected for One dance UK mentorship program in 2016 .

FICCI FLO award in April 2015 for her contribution to Kuchipudi and promotion of Indian art and culture abroad.

Nominated for the Mayors award UK, 2013

She has acted in a number of radio and television programs , music videos, advertisements and short films including a cameo in a Bollywood feature film directed by Prakash Jha – RAJNEETI

Bachelor of Arts degree in Economics from St. Stephen’s College MSc in Finance and Accounting from the London School of Economics.

Her outstanding academic performance led her to teach at the LSE Summer School in 2002.

Arunima is a contributor to webduniya, India’s largest web news portal and runs an article series focused on London arts called MIND THE GAP. She has also contributed to ATTENDANCE EDITION 2014 .

She is a keen pistol shooter and has won several medals in State and National Championships and is also the recipient of the Government of India Sports Talent Search Scholarship (1991-1992).

Arunima is an innovator and has collaborated with many international artistes to push the boundaries of South Asian dance. She has created thought provoking, socially relevant choreographic works like MO FUNK, I AM ?, Sssh… , The curse, OM SIVA, O WOMAN, MAFIA, ASATOMA SATHGAMAYA, STREE which have received exceptional audience feedback in national and international press. She was the first to explore Sufi in Kuchipudi and her works QALANDAR , FANAA received recognition in India and London. Her recent work I AM ?, a sensitive and provoking piece , set to poems written by women inmates in Tihar, Asia’s largest prison, has won her international acclaim. She is currently doing a research project on crime by women which will derive interpretations through dance. Another new production, Ssshh…. , reflecting issues on domestic violence premiered in Delhi in October 2014. Her latest commissioned work “Sthree” premiered at SouthBank focusses on identity of women looking through the lens of Indian Goddesses Sati, Sita and Rati.

She has been given outstanding reviews by eminent dance critics and her dynamic profile has featured in all leading international newspapers, television and radio channels.

In order to make dance relevant and socially impactful , Arunima is currently focusing on site specific productions and immersive experiences – her role as Umrao Jaan, in Akademi’s latest production on the courtesan has received outstanding feedback. She is also working with International theatre directors on site specific and immersive dance theatre work.

Arunima is today recognised as an inspirational international figure and invited to several conferences and corporates as guest speaker to motivate others through her success story. She is known as a woman of the future, thought leader of her generation and is known for her innovative, cutting edge and engaging performance style.

An integral focus of her company is to work with women, women related issues and women inmates in prisons to provide dance therapy, dance vocation training and workshops. This has tremendous positive effects on women and their families, especially high risk cases. Arunima has worked with women in Tihar jail. Asia’s largest prison and done path breaking work in bringing selected inmates whom she trained to perform at mainstream art platforms like Habitat Center, Delhi in December 2012.

Arunima is the founder of 2 charities PROJECT KANYA (for development of women) and ARTH FOUNDATION – supporting arts with a purpose. She works with women in prison and old age homes and has rehabilitated several inmates and created sensitive thought provoking productions in dance on women issues.

ARTH has also created dance therapy programs for hospitals in London (eg Chelsea and Westminster) , drug rehabilitation centres in London (Orpington) and India and old age homes in London (Hounslow and Camden) . A special program was also conducted for 20 orphaned children affected by Tsunami in India.

She works closely worth EPIC CIC to deliver workshops for the community and youth groups in Kensington and Chelsea, London.

Arunima is the founder and artistic director of UKs largest KUCHIPUDI dance company – Arunima Kumar Dance company (AKDC) in London and in Delhi and several students worldwide who perform widely with the company. AKDC aims to create exemplary performances in the field of Indian arts and culture. All of her students are trained in the traditional integrative approach and also scientific training and encouraged to perform to develop confidence, good technique and better health.

As part of this, AKDC institutions are a part of Ministry of External Affairs India International scholarship program. The company also works towards creating knowledge based collaterals – including literary works through a strong and innovative curriculum to be used in schools and dance institutions.

AKDC students convey that they learn more than what they come looking for – art, expression , music, stage, lighting and costume… they learn life skills.

Arunima aims at building a strong base for South Asian Dance, especially Kuchipudi, in the global arena showcasing the beauty at landmark events across the globe , including schools, colleges , hospitals, prisons and corporates. She has emerged as an outstanding ambassador of Indian culture across the globe with her innovative blend of tradition and impactful contemporary productions evoking social responsibility.

She is keen to develop a generation of artists who will be the flag bearers of Kuchipudi.

She is keen to work with underprivileged children to hone their dance skills and provide exposure to their talent through her ARTH foundation .

She is keen to continue her work with empowerment of women and women issues. She has done path breaking work with Stree Shakti Awardee and journalist Vartika Nanda, regarding women issues on domestic violence and crime. She has worked with women inmates across prisons, including Tihar jail, to provide positive transformational rehabilitation to them. Her sensitive and thought provoking productions on their poems – BANDINI, Sssh…, IAM , have been acknowledged widely .

Arunima is today widely acknowledged as a woman of the future.With a will to win and excel, Arunima is keen to build a strong foundation for her form Kuchipudi, and also for South Asian dance.

Arunima has displayed her art in prestigious, international dance festivals abroad including

FCCI is organizing a seminar on Exploring India’s potential

No Thoughts on Arunima Kumar Dance, Choreographer and teacher