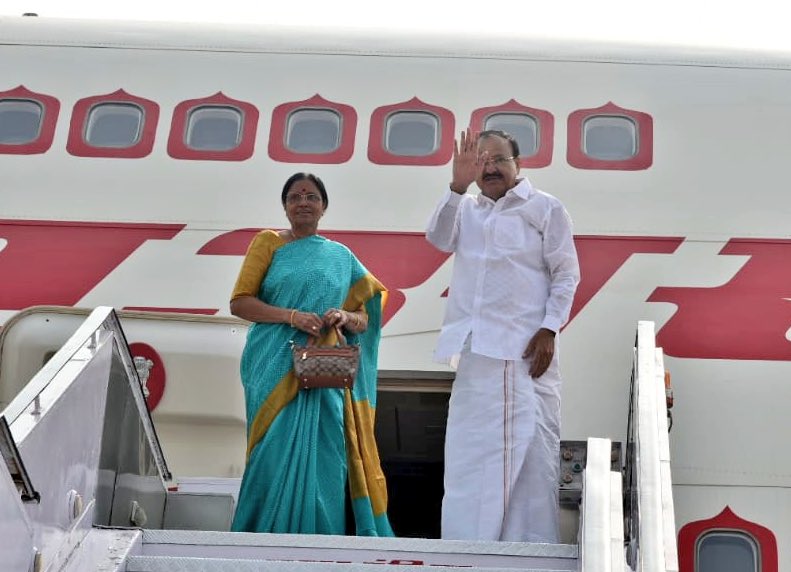 Vice President M Venkaiah Naidu on Friday embarked on a three-day visit to France. He will be representing India at the Paris Peace Forum being held to commemorate the centenary of the end to the First World War.

The Heads of State, Heads of Government of over 50 countries and their representatives are participating in the centenary activities. The main ceremony at Arc de Triomphe monument in Paris will be presided over by the French President Emmanuel Macron.

The Vice President will also hold a number of bilateral meetings on the sidelines of the Paris Peace Forum.

The aim of Paris Peace Forum is to establish a global platform to reaffirm the importance of multilateralism, international cooperation and reform of global governance institutions.

The Vice President will also address the Indian community there.

Besides, the Vice President will inaugurate Indian War Memorial at Villers Guislain, constructed by India. The memorial highlights the contribution of Indian soldiers. India was one of the largest contributors of soldiers during World War 1.