RangiTaranga is releasing in Paris, France 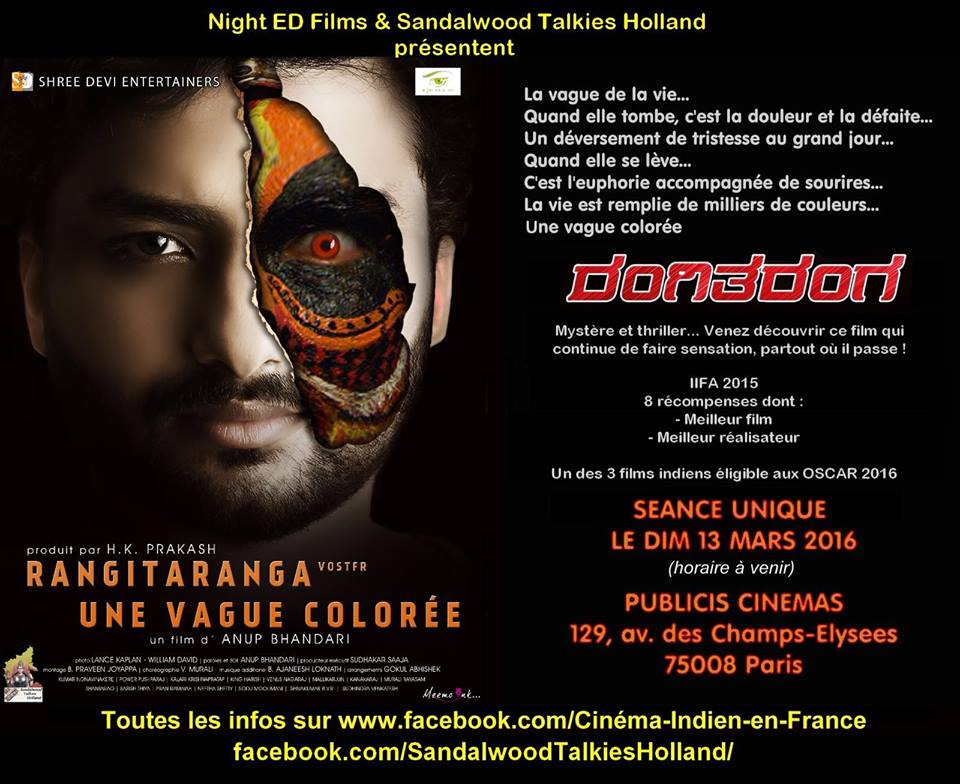 ಫ್ರಾನ್ಸ್ ನಲ್ಲಿ ಮೊದಲ ಕನ್ನಡ ಚಿತ್ರ – ರಂಗಿತರಂಗ! I had thought that my next update should be about our next project but this was something I had to share smile emoticonRangiTaranga is releasing in Paris, France with “French subtitles” on March 13 and will be watched by the French media and audience. Also I have been told it is the first Kannada film to commercially release there. Here is the trailer with French subtitles – https://goo.gl/W3IMSB
Thanks to Sathish Sastry for making this possible. Releasing in Kenya on April 3 and lot more to follow. Will soon update about our next project smile emoticon

Austria today The final Performance of the day was the scintillating music medley on patriotic songs by the Band Vayu by admin started at 28 January,2023

EOI Vienna is organizing virtual narration of Mahatma Gandhi’s Quest in the service of Humanity by admin started at 28 January,2023

India in Spain Amb Dinesh K Patnaik unfurled the National Flag, read out Hon’ble President of India’s address to the nation by admin started at 28 January,2023

Full text of the address of President Droupadi Murmu on the eve of the 74th Republic Day India by admin started at 28 January,2023

No Thoughts on RangiTaranga is releasing in Paris, France