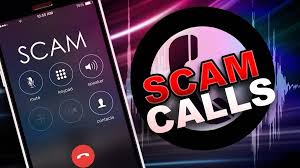 Please be aware of the fraud calls in the name of Indian EMBASSY Munich! The fraudster called me multiple times in the morning around 9am, that’s how he woke me up and said that he is calling from Indian Embassy Munich and said I had made a mistake in the Immigration form which was given to me before departing India. He asked me to quickly google “Indian Embassy Munich”, then asked me to check whether the phone no. he called and the no. you see in google search are similar or not (which was similar, look at the picture below). This convinced me that he is from the embassy as I believed that google profile info can’t be wrong, then he asked me about my passport no., DOB and visa id. He said that I wrote my DOB incorrectly in the form, so the German govt., have filed a case against me, and now I should be deported back to India.
He said to either go back to India and resolve it or do an instant call verification to resolve this issue. I got tensed when he said the german govt wants to deport me and with tension, I talked with him and gave earlier mentioned details. He briefly gave me case no., section no., reference no., call recording case no., solicitor name: Ankus Kumar and asked me to pay 550 Euros as a verification fee!
Finally, he said I should pay via Western Union Money transfer to the solicitor name. I got a little suspicious, I said I need time to arrange money and told him to wait and I asked him about his name he said Daniel * and when I asked his location, he mulled and disconnected the call angrily saying ‘you deal with it from India!’. That’s when I got alarmed and called the consulate.
Well, his aim was to steal my identity and he did it. After consultation from Munich Consulate, they said to read the advisory and asked me to report to the German Police authority which I did and sent a copy of it to consulate.
Please don’t get fooled like me. If you get a phone call from +49 89 210239 12 please report to the consulate and police. Never give your personal information over a phone call.