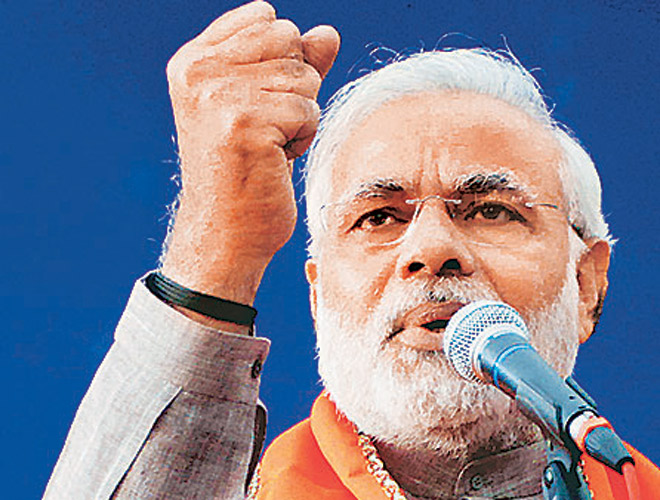 India is going to be the partner country at ‘Hannover Messe 2015’ to be held in Germany and Prime Minister Narendra Modi is expected to be present at the engineering fair starting April 12 next year. While the government has decided to accept the invitation to become the partner country at the Hannover Messe, a formal MoU will be signed on September 22 between high-level dignitaries of both countries in the presence of Commerce Minister Nirmala Sitharaman and Marc Siemering representing the Deutsche Messe, according to engineering exporters’ body EEPC India.

The Hannover fair attracts footfall of about two lakh senior business leaders, technology heads, industrial scientists and top policy makers across the world for discussing and forging serious collaborations. About 300 Indian engineering companies, including public sector giants will be participating in the five day fair, seeking technology collaborations, business tie-ups and showcasing their capabilities to be the world supplier of high-tech goods and specialised services.

“It is a great honour for India to be given the status of partner country at such a prestigious event. Prime Minister’s presence there for two days – April 12 and April 13 – will lend a huge stature to the Indian presence there,” EEPC India chairman Anupam Shah said. “The EEPC, as the lead agency for Indian participation, will work hard with the Commerce Ministry and the Indian Embassy in Berlin to ensure a grand success of our participation and leave an imprint of the ‘Make in India’ campaign of the Prime Minister,” he added.

India had earlier become the partner country at the Hannover Messe in 2006. With USD $21 billion bilateral engagement, Germany is India’s sixth largest trading partner. The engagement is in the areas of mechanical engineering, automobiles, chemicals, services, nuclear reactors, construction and development.

India received FDI of about USD $6 billion from Germany between 2000 and 2014. “It will remain our focus to try and win global investors to bring FDI into India and set up their manufacturing base for global supply chain,” the EEPC chairman said.