Finally justice to Nirbhaya Case four of them hanged 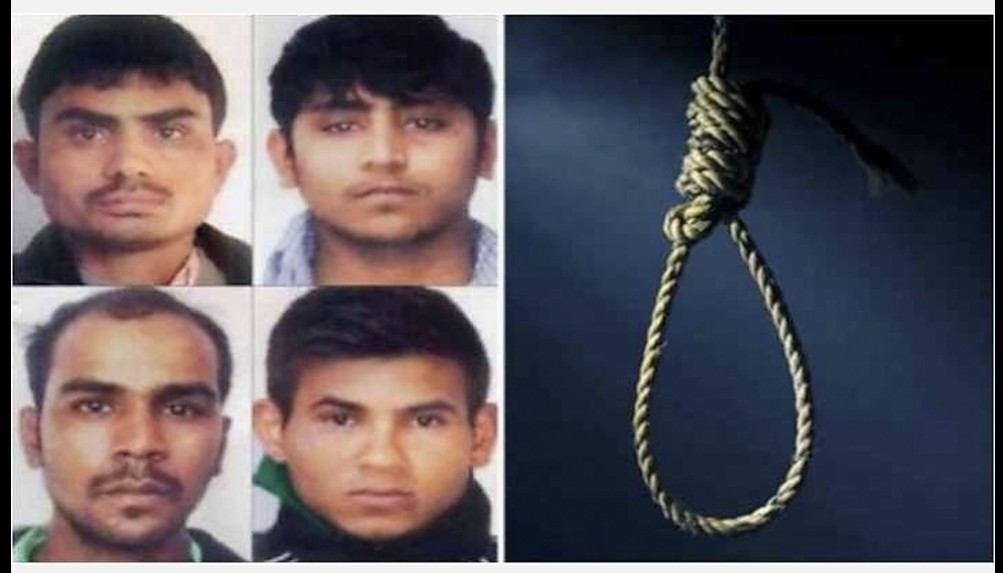 The four men convicted in the 2012 Nirbhaya gang-rape and murder case were executed this morning. The Supreme Court, after a midnight hearing, rejected a last-minute plea filed by one of the convicts seeking a review of the death penalty. The four men — Akshay Kumar Singh, Pawan Gupta, Vinay Sharma and Mukesh Singh — were hanged at 5:30 am at Delhi’s Tihar Jail. The four were convicted for the gang-raping and murdering a 23-year-old medical student, who came to be called Nirbhaya, in a moving bus in Delhi in December 2012. Nirbhaya subsequently died of her injuries. Stay with IndiaToday.in as we bring you the latest on the Nirbhaya gang-rape and murder case.

Six people were arrested for the attack. One of them, Ram Singh, was found dead in jail in March 2013, having apparently taken his own life.

Another, who was 17 at the time of the attack, was released in 2015 after serving three years in a reform facility – the maximum term possible for a juvenile in India.

In the last few months, all four convicts filed petitions in the Supreme Court in a bid to reduce their sentences to life imprisonment. But the top court rejected their petitions, leaving the men with no other legal recourse. A last-minute appeal to have the death penalties commuted was also rejected hours before the executions.

Minutes after the convicts were hanged on Friday morning, the victim’s mother said, “I hugged my daughter’s photograph and told her we finally got justice.”

Her father said that his “faith in the judiciary had been restored”.

Security was tight outside the prison with a large number of police and paramilitary personnel deployed to maintain law and order.

A group of people carrying placards had gathered outside the prison gates and began celebrating after the executions were announced.

Some chanted “death to rapists” and waved posters thanking the judiciary.