Austria has already adopted an obligatory imam registry among other measures aimed at reducing terrorism after a November terror attack in Vienna.

Since the start of 2021, Austria has required the registration of all imams in the country.

The mandate was one of several new measures Chancellor Sebastian Kurz’s government adopted after a November 2 terror attack in Vienna. Four civilians were killed and 23 injured after a 20-year-old gunman opened fire in the center of the Austrian capital.

Now Austria is calling for the European Union to adopt the registration of imams, the worship leaders of Mosques in Muslim communities.

Why is Austria calling for EU imam registration?
In an interview with the German newspaper Die Welt published Saturday, Austria’s Minister for European Affairs Karoline Edtstadler said Imam registration was key for “the fight against political Islam.”

“Most imams move through many EU countries, so the security authorities need to know who is preaching what in which mosque at any given time,” Edtstadler, a member of Kurz’s conservative Austrian People’s Party, told the newspaper.

She also believes EU funds should be “so strictly controlled in the future that they do not go to organizations and associations that advocate Islamist and anti-Semitic positions.” A ban on foreign financing for mosques, which is already in place in Austria, is also conceivable, she said.

To fight terrorism, Edstadler would like to see “further improvements in cooperation and data exchange between the judicial and security authorities of the [EU] member states.”

EU interior ministers have declared a new “war on terrorism” after the Vienna attack and similar atrocities in Paris and Nice in France.

Austria’s new anti-terror measures
The registration of Imams, which the Islamic Religious Community in Austria (IGGÖ) has been tasked with maintaining, is one of a host of measures Austria has adopted in the wake of the Vienna attack.

The government has expanded a ban on symbols associated with extremist organizations to include the far-right nationalist Austrian Identitarian Movement as well as Islamist groups.
Criminal law has been changed to include a “religiously motivated extremist association” offense. This includes anyone who threatens “democratic constitutional order … with a social and state order based exclusively on religion in an unlawful manner.”

Release conferences have been created to be held before the conditional release of imprisoned terrorism offenders. The sessions are intended to provide courts with the necessary information so they can impose appropriate conditions on released offenders.
A registry of terrorism offenders has been established. The list is designed to impose a lifelong ban on weapons purchases and prevent previous offenders from being employed in security-critical areas.
The Austrian government did stop short of an explicit ban on “political Islam,” or religiously motivated political extremism.

Kurz’s administration also wants to revoke the Austrian passports of convicted terrorists if they possess other citizenships, but a draft law to that end is not expected until later this year. 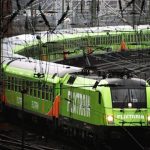 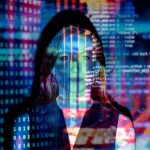