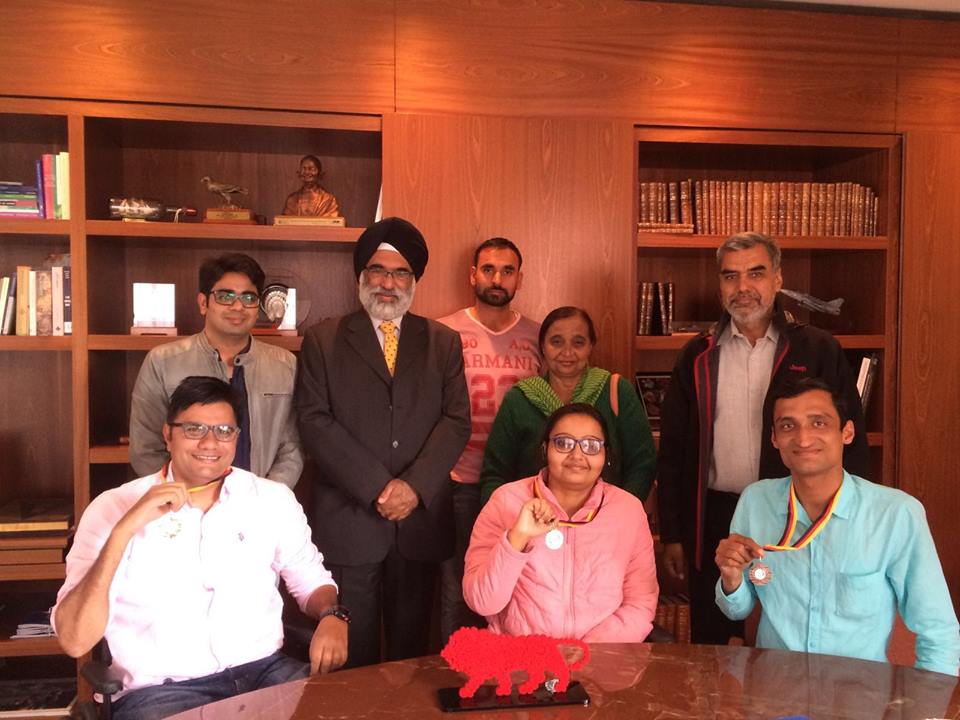 Ambassador Gurjit Singh recieved promising young members of the Paralympics team at the Embassy of India, Berlin today.
While admiring their courage and determination, he wished them all the best for their participation at the Rio Paralympics and promised that he would cheer for them during the games.
Among the visiting athletes were Amit Kumar Saroha, who was awarded the Arjuna Award and is currently the world’s number two in club throwing, Mr Vikas Dagar, an Asian Record holder in 100 mtr racing and Rajiv Gandhi Sports Awardee and Ekta Bhyan, also an Asian Record Holder in Club Throwing