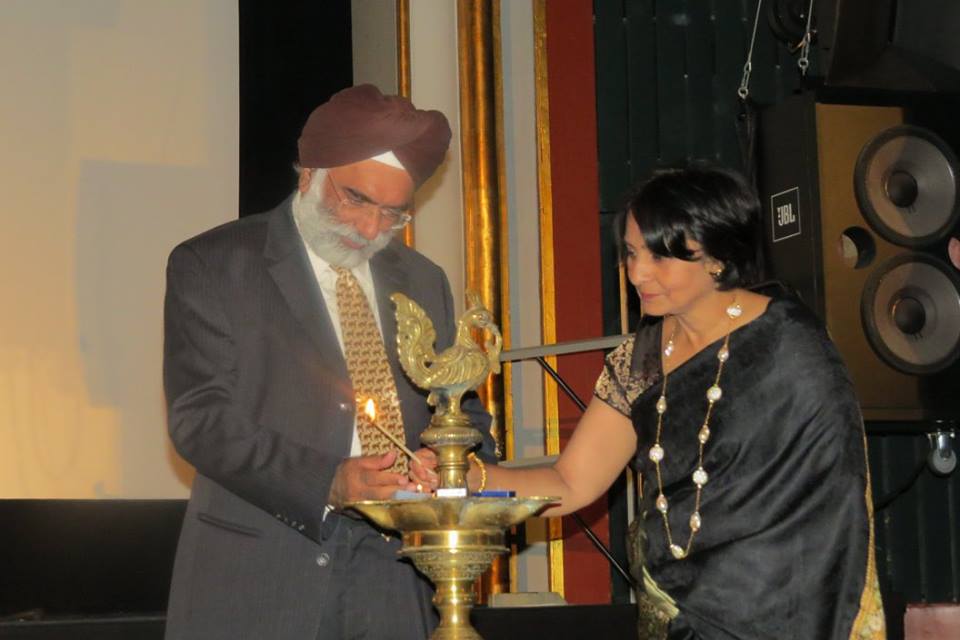 Ambassador Gurjit Singh and Mrs. Neeru Singh inaugurated the IndoGerman Filmweek yesterday. Ambassador Gurjit Singh expressed his pleasure about the growing intrest in Bollywood and thanked all friends of India for their support and enthusiasm in spreading Indian culture. The Indo-German film week is organised by Stephan Ottenbruch with the support of AMIKAL. From 14th July to 20th July the IndoGerman Filmweek will show a variety of Indian movies. This year’s highlight will be the visit of actor, director, producer and singer Farhan Akhtar on 16th July. Apart from that a Street Cricket Cup between student teams and a team from the Indian Embassy, Berlin will be organized.
The opening movie yesterday was the newly released thriller “Te3n” with Amitabh Bachchan in the leading role. The German premiers of “Michael” and “Margarita with a straw” and the Indo-German coproduction “Shiraz- Das Grabmal einer großen Liebe” will be screened at the festival as well.