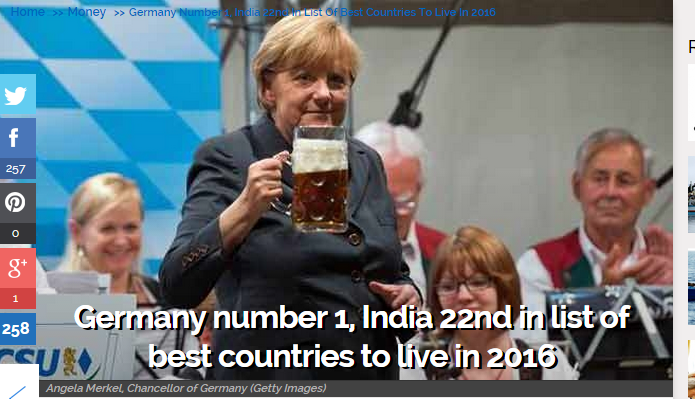 Check out the best countries to live in 2016.

What is the best country to live in the world? According to the Best Countries reports released at the World Economic Forum in Davos, Switzerland, it is Germany.

The WEF examined around 60 countries in the world across 24 categories keeping in mind these criteria- sustainability, adventure, cultural influence, entrepreneurship, heritage, movers, open for business, power, quality of life and economic influence.

According to The Washington Post report, more than 16,200 people were surveyed to gather the data, including 4,500 business leaders who are senior leaders in their organisations and the rest were the general public.

The most powerful and influential country came fourth in the list- the United States of America, right behind Britain and Canada which ranked third and second respectively.

India ranked 22nd but topped the list for its up-and-coming economy, thanks to Prime Minister Narendra Modi and his initiatives. India is followed by Portugal, Russia and Israel which rank 23, 24 and 25 respectively.