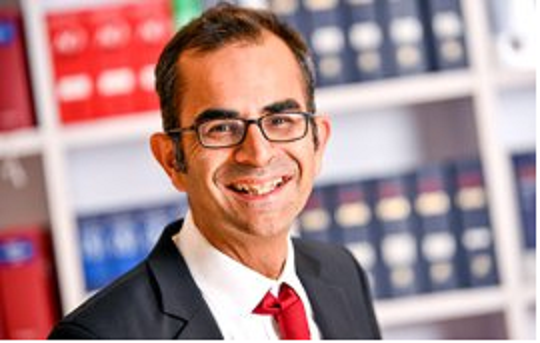 Mr. Siddharath Lugani is Partner at Campbell Hörmann / Campbell Holtmann & Partner Rechtsanwälte. From 2009 to 2012, he supervised at Zirngibl Langwieser Rechtsanwälte Partnerschaft corporate clients on issues of commercial, corporate and law enforcement. Then was a lawyer Lugani worked with Schwartz liquidator.
In addition to supporting the court-appointed administrator, he accompanied here several bankruptcy and reorganization projects.
Thanks to many years of work in the family and in the management of his own company for several years Siddharath Lugani besides its legal expertise and a comprehensive understanding of business contexts and challenges.

Mr. Lugani was born in Dusseldorf and his parents are Mr. Vijai Shanker, Mrs. Amrit Varsha. He studied Law and Political science in Munich.

Mr. Siddharath Lugani’s message to the younger generation is Accept and live variety and limits of intergation / Beware of the fashion “Inclusive regarding roots and culture”

Understand the job application in germany