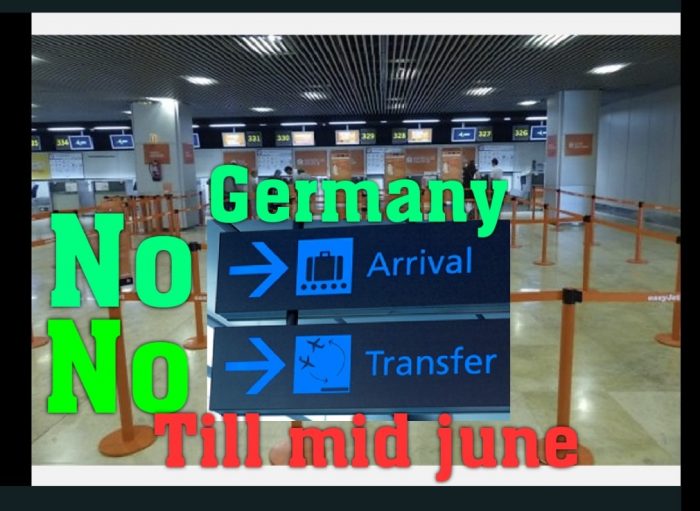 German ministers have agreed to extend the global travel warning until at least June 14. But Foreign Minister Heiko Maas has already warned that travelers could not expect to take summer holidays as normal.

Germany extended a global travel warning for citizens until the middle of June because of the COVID-19 outbreak, a government spokeswoman said Wednesday.

Ulrike Demmer said the travel warning was extended until at least June 14 because the pandemic has not been brought under control.

She underlined restrictions on international air travel, quarantine regulations and lockdown measures were likely to continue in the coming weeks in many countries.

The government brought home more than 240,000 Germans since the pandemic began, which cost the state an estimated € 50 million ($54.2 million).

Foreign Minister Heiko Maas told reporters the government would not be in a position to organize another major repatriation operation in the summer.

“We hope to achieve success in the fight against coronavirus, and hope that we won’t need another travel warning after June 14. But nobody can promise this for the time being,” he said, noting that Germany would consult with its EU partners to coordinate the measures.

Germany has the sixth-highest number of confirmed COVID-19 cases in the world, behind the US, Spain, Italy, France and the UK.

The death toll in Germany reached 6,327 Wednesday, while the number of cases rose to 160,228, according to data analysis firm Risklayer and the Karlsruhe Institute of Technology.

Almost 120,400 patients have recovered from the virus, the Robert Koch Institute reported.

After originating in China last December, COVID-19 has spread to at least 185 countries and regions. Europe and the US are currently the worst-hit regions.

No Thoughts on Germany extends worldwide travel warning until mid-June