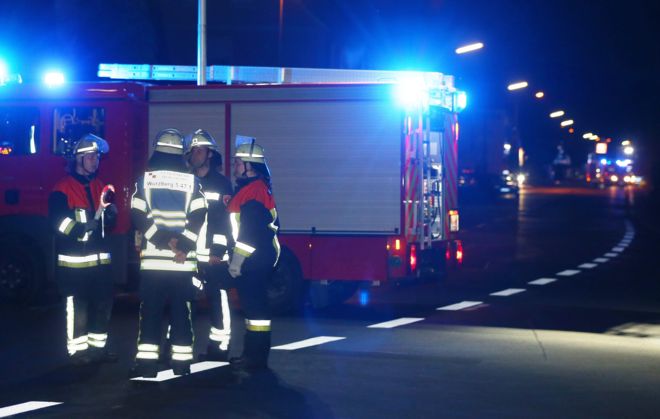 More than 20 people in Germany have been injured after a man with an axe and a knife went on the rampage on a train, German media report.

They include three seriously injured people, one lightly injured person and 14 who are in shock.

A police operation is under way in Heidingsfeld, part of the city of Wurzburg in Germany.

A police spokesman at the scene said (in German) the attacker was shot dead while fleeing.

The train line between Wurzburg-Heidingsfeld and Ochsenfurt has been closed.