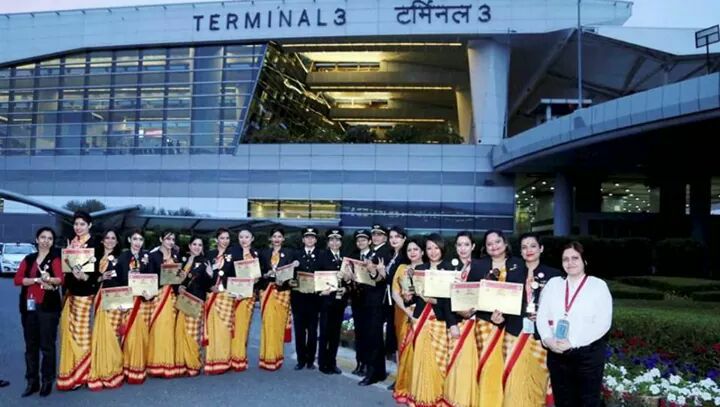 Air India flies into record books with flight by all-women crew
In a quest to set a new world record, Air India has operated a flight around the world with an all-women crew ahead of International Women’s Day.
The flight which departed from here on February 27 for San Francisco, returned at the Indira Gandhi International airport after flying across the globe.
The aircraft, a Boeing 777-200LR, flew over the Pacific last week on its journey to San Francisco, while the return flight flew over the Atlantic, encircling the globe, Air India said